What Makes Unity so Popular in Game Development? 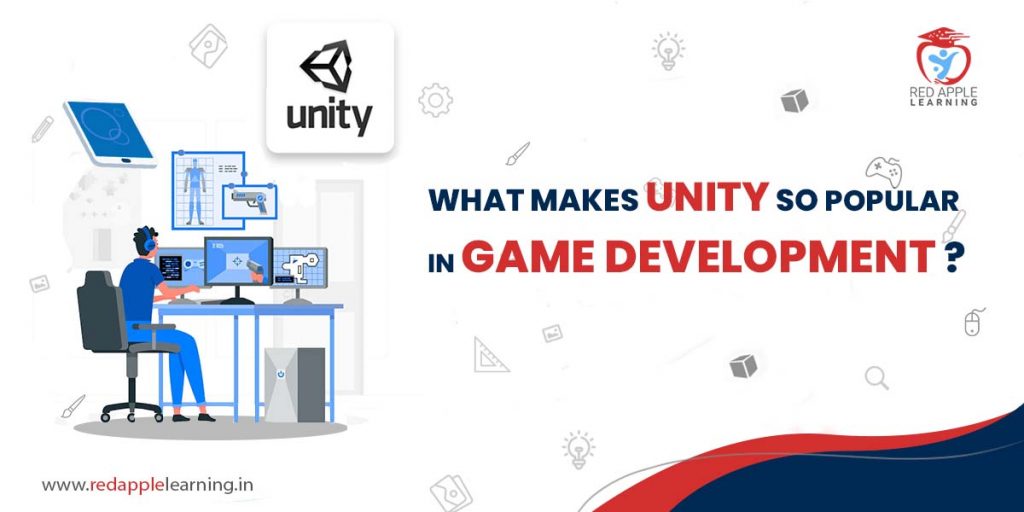 If you are interested in taking up a career in game development, then you must have heard about the Unity game engine. It has a huge fan base and really could be considered one of the most popular game engines in existence. There are many different game engines on the market these days, but Unity is one of the most well-known ones. The basic fact is, unity as a game engine is extremely easy to use and maintain. Moreover, Unity is the best-selling game engine in the world with over 25% of the market share. Then, what makes Unity so popular in game development? Today we will go through some reasons why Unity is so prevalent in the game development industry. Let’s find out!

Flexible for the beginners

Unity has been a very prominent game engine for a while now. And it shows no signs of slowing down anytime soon either.

Provide a wide range of options

One of the main reasons why Unity is so prevalent in game development today is because it offers many different avenues for developers to choose from when creating their games.

Available on every platform

Unity is available on almost every platform. Unity provides one-click deployment support; starting from Windows, Mac, and various other web platforms as well.

Unity offers its users a lot of different options through which they can add their graphics to the game.

Unity offers many different features that make it easy for a developer to add functionality and interactivity to their game.

How to Learn Unity Game Development?

Unity is an award-winning development platform that makes it possible to create stunning 3D and 2D games, movies, visualizations, and simulations. Now, you can learn the ins and outs of Unity with game development courses.

These courses act as a beginner’s guide by walking them through all of the major concepts and components. That is necessary for game development using both simple illustrations and practical examples, From understanding the difference between a game engine, editor, or IDE to mastering skills in scripting or using physics in your game worlds—this course covers everything you need to know about Unity! A game development course will be a great help in creating your prosperous career as a unity developer.