JavaScript is the most widely utilized programming language for software development in both startups and major corporations. About 95 percent of websites, it is used as a client-side development tool. JavaScript was only utilized in front-end development before 2009, and it was used in conjunction with several server-side languages. When Ryan Dahl (the original creator of NodeJS) launched the first version of NodeJS a decade ago (in 2009), it surprise developers. Since they couldn’t have guessed that this language would be so powerful and that it could also be used to build code for backend applications. Today, NodeJS is gaining a lot of attention. Learning Node.JS, nowadays, has turned into a great career option.  several organizations, like PayPal, LinkedIn, Uber, Yahoo, Medium, GoDaddy, and Groupon, have converted to NodeJS as their technology stack. 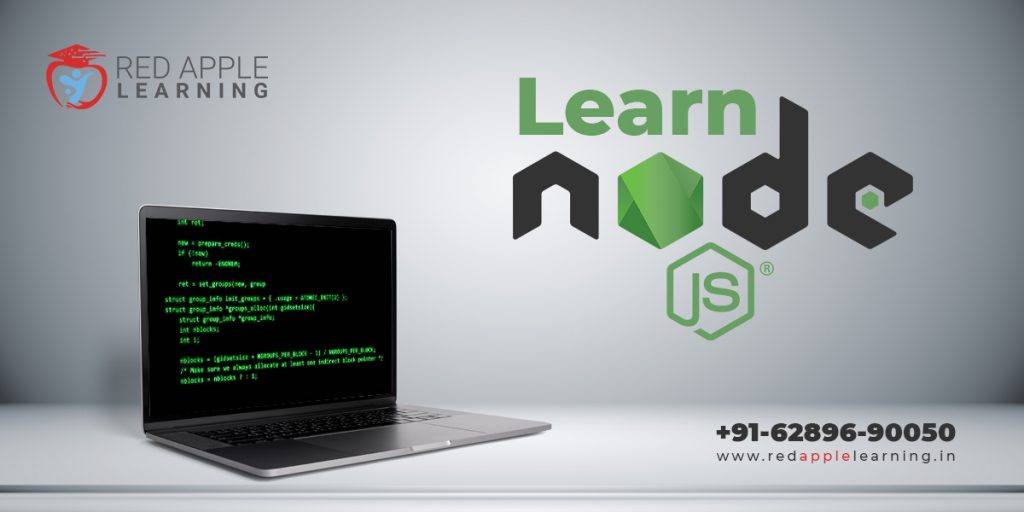 With NodeJS being one of the hottest technologies across the world, particularly in Silicon Valley, it can open up amazing career opportunities for software developers. Though every programming language has some advantages, what makes NodeJS so special? There are many cool features in NodeJS, so why is it getting so much buzz? And what are some reasons so many companies are using it? Here are some reasons to learn Node. JS.

Learning Node.JS these days are on hype and it is produced as well. The salary packages are high. Nowadays,

The internet has evolved as an interactive medium. The desire of the users to interact in real-time with one another. Chat, gaming, continual social media updates, collaboration tools, eCommerce websites, and marketplaces all necessitate real-time connectivity between users, clients, and servers all across the internet. Building a real-time application is difficult since it takes place on a large scale, with hundreds of thousands of users. Fast and persistent I/O is necessary for real-time communication between client and server.

The process of synchronization with NodeJS is really fast and the manner of events drives the architecture servers both the client-side and server-side. The event loop which is through the web socket protocol handles the multiuser function. It works in TCP and avoids HTTP overload as well. NodeJS.

You’ll need JavaScript anyway for the front-end of your application no matter what language you choose for the back-end. So instead of learning a server-side language such as PHP, Java, or Ruby on Rails, you can devote all your time and effort to learning JS and mastering it. For all these kinds of applications, NodeJS is the best choice. NodeJS’s event-driven architecture means synchronization processes are quick and well-organized, serving both the client-side and server-side. If we talk about the multiuser feature being taken care of by the event loop via the web socket protocol. It uses TCP and prevents HTTP overload. From standpoint of the software development, NodeJS makes RTA lightweight, scalable, manageable, and usable.

Having fewer developers on your team provides significant advantages for startups since you never need to divide the team for both sides. It also allows the code to be shared and reprocessed within your team, allowing for a smooth knowledge transfer.

It enables NodeJS to provide a server-side runtime environment that compiles and executes JavaScript quickly and efficiently. Chrome V8’s engine enables NodeJS’s server-side runtime environment to be amalgamate into Google Chrome. Instead of interpreting or executing or executing as a bytecode the engine assists and compiles JavaScript into a native machine code which makes Node faster. After doing fewer lines of coding the lightweight JavaScript achieves a high performance if we compare it to Java or C. As Google invests a good amount in the V8 engine, hence it also gets an update on a regular basis.  A key aspect of JavaScript’s fast response time is its Event Loop. In an application server model that uses blocking I/O, the application must process each request sequentially, suspending threads until they are processed.

Node.js keeps a track of all asynchronous operations and manages them for you. It enables you to employ non-blocking I/O, in which many requests are managed by threads. If one cannot be handled, it is effectively ‘withheld’ as a promise, allowing it to be executed later without causing other threads to stall. This method helps the programmers to handle a huge number of actions while using minimal memory and resources.

Now, you might think that Is Nodejs on demand? Or Should you learn it?
In the years2019 and 2020 as per the Stack Overflow Developer Survey, Node.js was chosen as the most popular framework by more than half of the respondents. In 2021, its popularity dipped slightly, but it remained the sixth-most popular technology, with job searches for Node.js increasing by 57%. An average Node.JS salary in India is around INR 6.48 lakh per annum. Node.JS developers write server-side web application logic in JavaScript or variants thereof.

NodeJS has a large online community, it allows you to construct cross-platform apps, and it may act as a proxy server if an organization doesn’t have its specific proxy infrastructure. From the preceding considerations, it is evident that Node.js is employed for startup or next enterprise initiatives for a variety of reasons. Several NodeJS courses can help you to polish up and learn new skills.