Is it Possible to Make a Game App Without Coding? 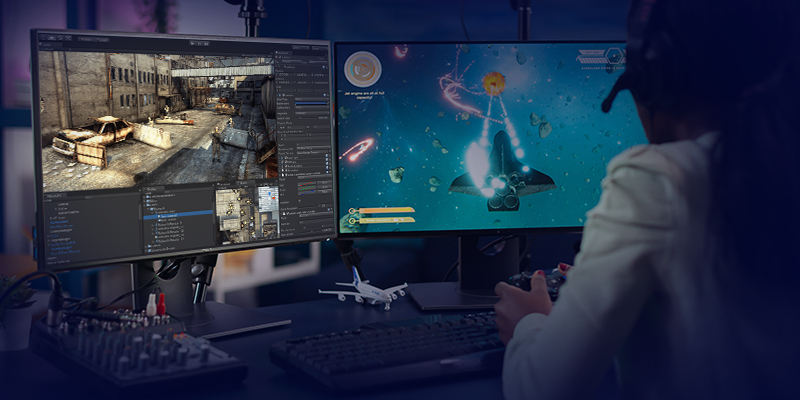 Have you ever wanted to make a game, but don’t know how to do it without the knowledge of coding? Fortunately, you have found the right article to guide you properly, here in this article we will also be discussing the software which you can use for making the game without coding.

We all know that coding is really important for making a game. It acts as a backbone to the game developers, hence it is important. But with changing technological times, fortunately, it is now possible to make a game without the proper knowledge of coding. Today we shall look into the tools that are the gaming engines that will help you to create your first dream game. So what are we waiting for? Let’s jump in.

What is a Game Engine?

The first and foremost thing to know that what exactly a game engine is. The game engine is a structure that provides the game developers with everything they do to develop one game. Their core components include a scene editor, a rendering engine, AI audio, networking, scripting, a physics engine, etc. And even if you know how to do coding then there are game engines as well which will let you write scripts just by connecting the visual blocks of coding. In this process, you will only have to focus on the logical aspects of things instead of worrying about the code syntax.

Here we have jotted down a few game engines which will help you to make your dream game without even coding:

It is one of the most popular game engines which programmers use. Well, Unity is a game engine that you can use for free without requiring any additional downloads. Their visual scripting system is based on a Data-Oriented technical stack ( commonly known as DOTS) which has chalk out for making it easier for the developers so that they can write a high-performance multi-threaded code.  It is also built around the Entity component system (ECS) unlike the plugin of the Bolt which is built around non-ECS.

This game engine has one of the most impressive visual scripting systems. This game engine is trusted by industry professionals for a variety of reasons. This engine’s feature set, speed, and stability all are excellent. Its gameplay scripting system has been chalked around the node-based visual interface which eliminates the requirement of coding. The Blueprints of the system let you use the concepts which are available only to the programmers and also you can implement all these concepts in a very simple method as there is no syntax or code.

Here in this engine, you can change the rules of the games, the elements of the gameplay, you can also modify the state of the game world, etc. This engine is so flexible that from simple prototypes to complex game development is absolutely possible in this blueprint. It is an event-driven system that the developers can use to make prefabs that can customize or gaming characters that can be playable etc. It is really easy to use blueprints as it is really scalable and can also be customized there are several built-in documentation and several tutorials as well.

This is still one of the most trusted game engines of the gaming industry and it has been used to create many AAA complex games. The cry engine is for pretty visual details and for developing vast and open-world games. It was also use to build the RPG kingdom come: Deliverance. Cry engine also has a visual scripting system which is built-in its editor name “Schematyk”. But the thing is you will still need to learn some basic coding for using this engine.

But on the other hand, the visual scripting tool is meant for members who do not have that much experience with coding. So in a conclusion, the node-base visual system which is use in the cry engine is quite more complex than other engines like Unity and others of the same category, etc.

There the two different versions of the Build box- free and Pro. So, now you already know that the pro version will cost you a lot of pence. But, on the other hand, the free version lacks in few features. For example customized splash screens, and also you won’t be able to do export on the desktop. The smart asset system also gives a pretty nice deal to spend some penny as well. It has animation components as well, like the drag and drops feature and built-in logic as well.

Red Apple Learning is one of the most trustable institutes which is working with Unity, Unreal, and core game engine as well. They not only train in animation but also in-game designing and development.  It is the only institute in India that has its own production house. Along with that, it gives its students a huge opportunity by giving them in-house placement.